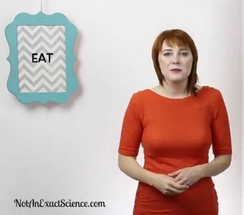 I honestly couldn’t believe it when I saw my almost two month old holding both his hands in fists together as high as he could hold them. I had been signing “change” for “change your diaper” for the last six weeks or so, and what he was doing, looked very similar to what I had been doing. When I went to change his diaper, it was HOT with pee. I couldn’t believe it. After that, he didn’t scream endlessly. He just signed to me to change his diaper, and they were consistently hot with pee. Amazing.
Both of my boys started signing back right before two months old, which is crazy fast. But if I had a third baby, that baby might not sign back until 10 months or 12 months. Why is that? The baby is the one who decides when he or she wants to sign back. It’s not in our power to “get” a baby to start signing. With that said, there are 4 things you can do to help your baby sign back as soon as he or she wants to start signing.

A lot of parents ask me which are the best signs to start using. I can send them a list of signs I recommend, but it might not get them very far. Babies, just like children and grownups, will learn the fastest when they need or want something. So here’s the secret: the best signs to start with are the things, activities, animals, or people your baby wants the MOST.
For example, my first son really hated if a drop of pee was in his diaper. The second I changed his diaper he would stop screaming. Sometimes he would pee right after I changed him and start screaming again. I didn’t know what it could be now because I had just changed him. It would take me 20 or 30 minutes to think to check his diaper again after I went through the list of everything else it could be. The thing he wanted most was to have his diapers changed on demand. A little high maintenance, but he didn’t cry for anything else. Not even milk. So I went with it.
If I had started with milk, he might not have signed back until 10 or 11 months because he didn’t really care when or how much he ate. I had to really work with him to get him to eat. However, my second started signing milk as soon as possible. He was chunky. But he didn’t sign “more” until he was over a year old because he wasn’t interested in food until then. (He was all about that breast.) A lot of parents start with milk and more, but these might not be the most important signs to your baby. Your baby might rather want to sign “dog” or “pick me up.”

Language experts agree that it’s detrimental to language development if a child is told he or she is saying something wrong. These children will give up or learn a lot slower. Instead, they ask parents to say the sentence back correctly and naturally. For example, if your child says, “I put the cup in the table.” You would say, “Good job putting the cup on the table!”1 This is less threatening and doesn’t interrupt the action.
It’s no different when your baby is learning to sign. If you are constantly correcting your baby so that your baby is doing it “right,” you’re going to kill morale. Babies feel confident when they have skills. The more confident your baby is, the more your baby will be happy to learn. So if your baby signs “more” by clapping, celebrate! And then sign “more” back to your baby. As your baby sees you model the sign correctly, your baby will get better and better at signing, especially as he or she gains more dexterity.
Do note that some toddlers will want help with doing some signs, so if your baby asks for help, by all means help.

When parents do something for their babies, the child often feels that either (1) the parent doesn’t think the child can do it on his or her own or (2) that he or she cannot do it on her own.2 It’s always recommended that you help your baby with things he or she cannot do on her own. However, if your baby can do something safely on her own, even if it will take longer, you should let your baby try.
This is very applicable to baby sign. Some parents will physically sign for their babies. This includes grabbing their hands and arms and having them sign. I’ve seen quite a few babies lose interest in signing because their parents were doing too much. I know the parents are totally doing this with good intentions. They want to help their baby!
However, if you trust that your baby will sign back, your baby will sign back a lot faster.
One amazing mom was talking to me about how her baby won’t sign even though she knows that her baby knows the signs. I asked her a couple questions to see where things were at, and her mom was physically guiding her baby to help. The next day, she waited for her baby to initiate the signing, and her baby signed on her own the entire day. Just like that. All three of us were very happy.
You can sign “on” your baby if you want. For example, you can start by signing dog on your baby’s leg. Sometimes, your baby will start signing on you then, which is fine. You can start signing on yourself again, and your baby will get what’s going on. I’ve seen baby learn new signs because the parents let their babies sign on them. It can totally be a team effort.

Often your baby doesn’t sign back exactly how you are signing, so watch carefully! For example, when my first started singing “change my diaper,” I could have dismissed it. It didn’t look exactly right, and he was so small to be signing. If I had done that, he probably would have given up. (Actually, not him. He’s way too persistent. He will do well in sales.) But it could have slowed him down because he wouldn’t see the benefit. When we acknowledge that our baby is signing, our babies see that “it works.” The more benefit your baby sees from signing, the more your baby will want to sign.
I have only heard one regret with parents who sign, and it’s that they think their baby started singing a lot sooner, but they didn’t respond because they weren’t sure. Their babies ended up signing months and months later, but they really feel that their baby would have kept signing if they had acknowledged it the first time.
And what is the worst thing that could happen? Let’s say I went to change my baby’s diaper when I thought he had signed, and it was dry. I would just sign that I don’t need to change his diaper by shaking my head no while signing. That’s it. If anyone was watching, they might think I was a little cooky for thinking my baby signed. And who cares? It’s worth a shot, right? Less tears, more communication. Definitely worth a shot.
I wish you all the best in your signing adventures. You can see hundreds of babies signing or send in your own video on my Instagram www.Instagram.com/NotAnExactScience. I know it can be tricky because their isn’t a formula to get your baby to sign. There are some great techniques like these four as well as always signing while you talk and being consistent, but where you step off from where you sign to where your baby starts singing, it’s just not an exact science.
Adelaide Olguin helps parents confidently + quickly start speaking new languages with their children and live abroad with their little ones too. You can catch her on her blog www.NotAnExactScience.com where you can search through more than 700+ signign videos.

2) Eliot, Lise. What’s Going On in There? How the Brain and Mind Develop in the First Five Years of Life. 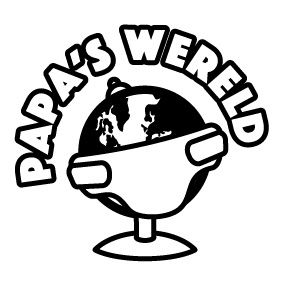 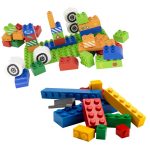 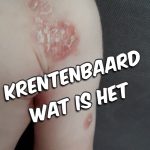 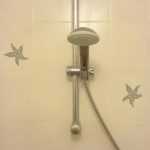 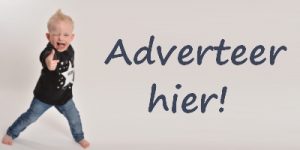